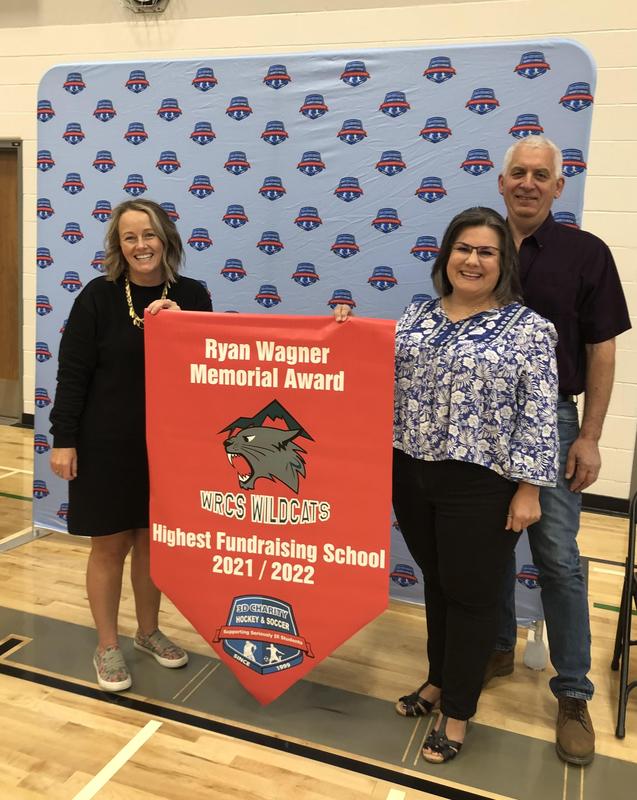 WRCS raised over $4,500, which earned them the title of the top fundraising school.

Whispering Ridge Community School (WRCS) has been awarded the 3D Children’s Society’s Ryan Wagner Memorial Award for the second year. Students and staff were presented the award during a special presentation this morning.

The Ryan Wagner Memorial Award is presented annually to the school that raises the most money for the 3D Charity Hockey and Soccer Tournament. WRCS Principal Abby Stilwell says it’s an honour to receive the award. “We are incredibly honoured to be receiving this award for the second time. Our students and families are incredibly supportive and this is evident through their ongoing support of this charity.” This past May WRCS raised over $4,500, which earned them the title of the top fundraising school; a title they also held in 2019, the Ryan Wagner Memorial Award’s inaugural year.

Ryan Wagner was a 2015 Grande Prairie Composite High graduate who was diagnosed with a very rare genetic immune disorder called Severe Combined Immune Deficiency, also known as Bubble Boy Disease, at just six months of age. Growing up he spent a lot of time travelling back and forth to Edmonton for specialist appointments. In 2016 Ryan was diagnosed with Hodgkin’s Lymphoma, and at the age of 19 he passed away.

The 3D Hockey and Soccer Tournament is an annual event where students from Peace Wapiti Public School Division, Grande Prairie Public School Division, and Grande Prairie and District Catholic Schools participate to raise money for seriously ill children within our communities. Every dollar from the funds raised goes directly to seriously ill students within the three school divisions to financially assist in a way that is specific to their needs.